It was in May of 1922, when the Post Office met the representatives of 18 different companies with a single goal. It was the first time that there looked like a genuine possibility of the the Government allowing regular broadcasts of radio transmissions in the United Kingdom. They had been worried that the transmissions would interfere with military and other essential services. However the popularity of radio was rising in the United States and there was intense public pressure to allow a full radio service. The discussions lasted over 5 months, but after that time a new company was born with a remit to set up eight radio stations in the major UK cities – this was the beginning of the BBC.

It didn’t take long to start daily transmissions – in November 14th, 19922 the company started it’s first broadcasts. The radio license was sold at ten shillings (50 pence), and over one million had been issued to the British public. It was in 1927 that company was restructured into a public corporation, by one of it’s founders John Reith. It took some years but Baird’s experiments were offered the use of the BBC’s South Bank studios. These were then moved to a dedicated studio in Portland Place – W1. Here he continued to refine and improve their service into a high definition system that could be used to broadcast to the UK. There were now other parties developing a TV system most notably Marconi and EMI.

To assess the potential a committee headed by Lord Selsdon was set up by the British Government to assess services and check whether a public television service was viable using one of the systems. It deemed that it was possible, and the BBC was to be tasked with the development of Television in the United Kingdom. The minimum definition agreed was 240 lines and 25 pictures per second, this effectively ruled out any sort of low definition system. The focus was on Baird’s 240 lines and the Marconi-EMI 405 line system. Both were to be trailled from their new base in Alexandra Palace in Haringey, situated high on a hill to place the transmitter which would cover London and the home counties.

The first regular broadcast in high definition tool place on November 2nd 1936, the audience were approximately 100 or so televisions in the UK. Here’s the line up for the first day although as this was published before the live transmission took place it was actually changed slightly on the day. The show was actually rebroadcast several times during the first week to help supplement the other programmes. Obviously there was a very restricted range of these first broadcasts, it was estimated that about 40 miles was the limit but many people reported picking them up from much further, even as far as Ireland.

In the early days, the weather conditions and which of the two transmission systems being used effected who could watch the first pictures. There was still no decision on which of the two transmission systems would be used going further, however most experts suggest that the Marconi/EMI system was generally preferred. However no decision was made until a fire occurred at Crystal Palace which destroyed the majority of Baird’s TV equipment. It was then fairly inevitable that three months later that the Television Advisory Committee recommended termination of the dual transmission period and to adopt the Marconi-EMi system as the defined standard.

The BBC’s response to modern trends in broadcasting has also been widely debated. The wisdom and fairness of the BBC pumping large sums of money into developing digital TV and radio services, and a substantial presence on the Internet, is frequently questioned. Accessing many of the services launched since the 1990s requires a subscription of the purchase of special equipment. It is claimed that this is exclusive, and an unreasonable use of licence payers’ money, if many licence payers are unable to use the services. The BBC’s defenders argue that a digital presence is essential to the long-term future of the Corporation and the need to retain audience share in order to justify the licence fee.

They point to the insignificance of Public Service Broadcasters elsewhere in the world, such as the CBC in Canada, as demonstrating the necessity of the BBC remaining relevant to the widest possible section of the public. Many debates about the BBC boil down to the licence fee. Everyone who owns a TV set is liable, with criminal penalties for non-payment, whatever use they make of BBC services. Opponents condemn this as a regressive tax, which is deeply prejudicial to competition in broadcasting and simply unfair on other broadcasters. Twenty-five per cent of licence fee payers live in the North – from Liverpool to Newcastle – yet currently only 8% of network programmes are made in the region.

There will be up to 2,300 BBC jobs in MediaCityUK including hundreds of new vacancies. Salary includes a 1 month pay surrender and total remuneration represents the annual salary, estimated taxable benefits and other remuneration as at 1 May 2011. This also includes the removal of pension supplements for individual directors. The annual cost of a TV licence as from 1 April 2010 was £145.50 for colour and £49 for black and white. As part of the Spending Review 2010 the Government agreed with the BBC that the cost of the TV licence fee will be frozen until 2016-17 and that the BBC will take on additional funding responsibilities.

The chief of the British Broadcasting Corporation (BBC) has reportedly received death threats after his decision to sack the network’s popular motoring-show host Jeremy Clarkson, forcing the Scotland Yard to investigate the claims. The Metropolitan Police said they were investigating the alleged death threats made to director-general Tony Hall by email on Wednesday. Mr Hall had announced that the contract of popular ‘Top Gear’ presenter Jeremy Clarkson with the network would not be renewed after he was involved in an alleged brawl with a producer. Mr Tymon, who suffered a split lip, did not file a formal complaint and it is understood Mr Clarkson reported himself to BBC bosses following the incident, and was suspended.

The row, which took place on March 4, was said to have occurred because no hot food was provided following a day’s filming. Mr Hall said he had not taken his decision lightly, but insisted “a line has been crossed”. More than a million people signed an online petition to reinstate Mr Clarkson. Mr Tymon, who previously described Mr Clarkson as a “unique talent”, has himself come under sustained abuse on social media for his involvement in the dispute. Meanwhile, it remains unclear as to who will take over at Top Gear. Co-hosts James May, 52, and Richard Hammond, 45, have not announced if they will stay at the show or not, but have hinted that they will follow Mr Clarkson out of the BBC.

Media Room Hub, an online media platform in conjunction with BBC and Pulse Nigeria will be organizing a debate for four of the candidates vying for the House of Representatives position in Eti-Osa local government. The debate scheduled to hold on Tuesday, February 4, 2019 at the Civic Centre, Lekki, Lagos will see the candidates reel out their plans to the electorates. Four candidates vying for the top position have expressed their willingness to partake in the debate expected to have over 200 people in attendance. Journalist, PR Expert, and Media entrepreneur, Samuel Olatunji will be moderating the debate. Digital media support is offered by new digital company, Brooksrock Media. Speaking on upcoming debate, CEO of MediaRoomHub, Azuka Ogujiuba made it known that the time has come for Nigerians to prioritize the political positions that can make positive change happen faster instead of focusing on the executive positions only.

Iraq purchases enriched uranium from South Africa, with a “green light” from the US, according to a later claim by the BBC. Prosecutors in the Oklahoma City bombing trial (see 8:35 a.m. Judge Richard P. Matsch to prevent defendant Timothy McVeigh from giving a series of television and newspaper interviews. McVeigh’s lawyer has scheduled an interview with a documentary crew from the BBC in October, and says his client wants to do an interview with any of a number of leading television news anchors and newspaper reporters. Jones has repeatedly attempted to “soften” his client’s image as presented in the media.

Prosecutor Joseph Hartzler calls the requests “an extraordinary attempt to manipulate the news media to produce a favorable impact on the potential jury pool.” Matsch has ordered all parties involved in the case to “limit” their public comments. Jones argues that McVeigh has been “demonized” in the press, and deserves an opportunity to give a different view of himself to the world. “Mr. McVeigh, at the minimum, is entitled to be seen as a human being and to the extent that any interview or meeting halts the rush to judgment in advance of trial, the interests of justice are served,” Jones argues.

One of several unofficial logos of the Stop Huntingdon Animal Cruelty organization. ]The BBC broadcasts a graphic documentary detailing the mistreatment and abuse of animals by Huntingdon Life Sciences (HLS), a British research firm. Angered animal rights activists in Britain begin to pressure financial institutions associated with HLS to drop their support of the company as a means to force it to stop performing animal testing. The campaign grows into the Stop Huntingdon Animal Cruelty (SHAC) organization, which models itself on the tactics and ideologies espoused by the Animal Liberation Front (ALF—see 1976) and Earth Liberation Front (ELF—see 1997), among others. SHAC quickly migrates across the Atlantic to the US and into Europe; its activists will claim responsibility for a number of bombings and acts of vandalism and harassment.

One of the approximately 30 radomes at the Echelon station in Menwith Hill, England. A radome covers an antenna to protect it from the weather and disguise the direction it is pointing. ]The BBC reports on advances in electronic surveillance. The US’s global surveillance program, Echelon, has become particularly effective in monitoring mobile phones, recording millions of calls simultaneously and checking them against a powerful search engine designed to pick out key words that might represent a security threat. Laser microphones can pick up conversations from up to a kilometer away by monitoring window vibrations. If a bug is attached to a computer keyboard, it is possible to monitor exactly what is being keyed in, because every key on a computer has a unique sound when depressed.

Building 7 of the World Trade Center, located across the street from the Twin Towers, caught fire after the initial attacks on the WTC. ] By 4:10 in the afternoon, CNN had reported it being on fire (see 4:10 p.m. Subsequently it is reported that WTC 7 is in danger of collapsing or may have already collapsed. ] Starting at 4:54, BBC television will also begin reporting that Building 7 has already collapsed (see 4:54 p.m.-5:10 p.m. The BBC’s Jane Standley, reporting the collapse of WTC 7 while it is visible still standing behind her. ]Several times, the BBC reports that Building 7 of the World Trade Center has collapsed, when it is in fact still standing. 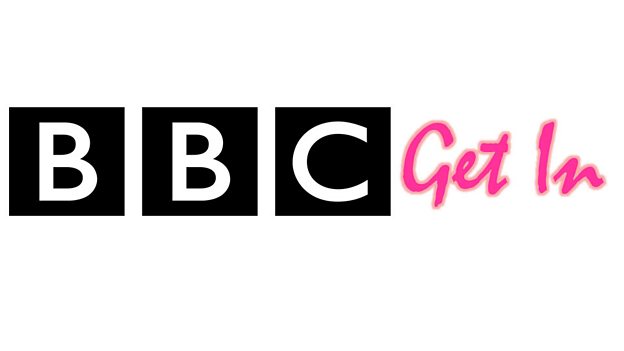 The 147th Preakness Stakes - The Nice, The Dangerous, And The Ugly

0
[文章] The Birth Of The British Broadcasting Corporation
Ta的全部动态